Robots are becoming a part of our daily life! 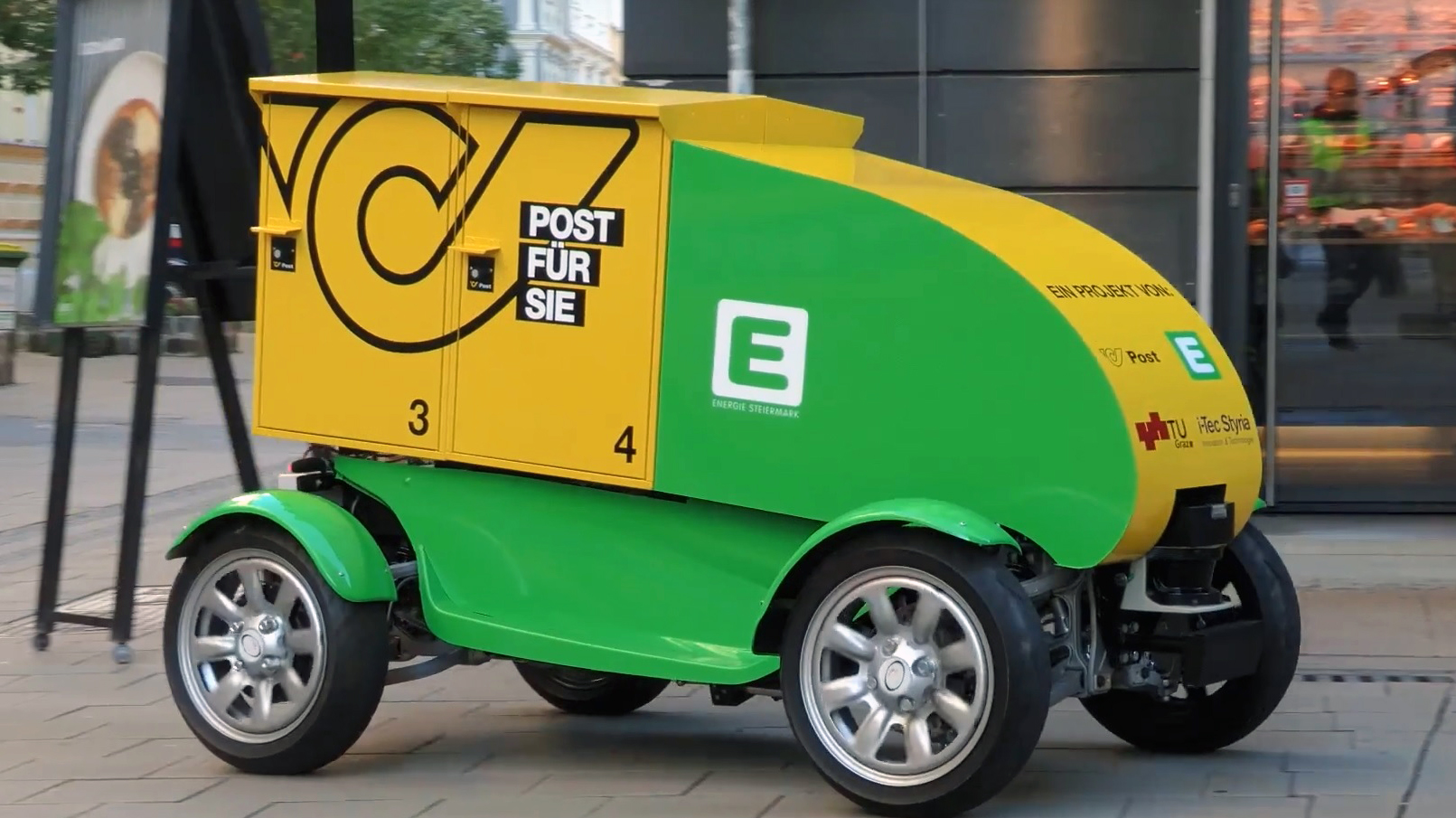 Navigation is complicated by constrained options for allowed paths (sidewalks and crosswalks), challenging localization because of unstructured, changing environments (parked cars, construction sites), and the extensiveness of the covered area.

Have a look at this great short film about the autonomous Jetflyer Project! Team members from ARTI were part of that project. It was capable of delivering packages completely autonomously within the inner city area of Graz.

The autonomous Jetflyer won the Austrian Robotics Award in 2018!

Below the resulting map of the Technical University of Graz and the inner city area of Graz can be viewed, as well as our prototype travelling fully autonomously around the campus.